From European settlement with the arrival of the First Fleet in 1788, we’ve had a bloody history. A massive country with large uninhabitable regions, Australia can be a harsh place. It was especially brutal for the early settlers and colonists, most of whom were convicts sent here from the UK as punishment. But our bloody history started when the Europeans reached our shores. For thousands of years, the island had been home to more than 350,000 Indigenous Australians whose population was soon decimated by the diseases the British had brought with them such as measles, smallpox and tuberculosis. The Indigenous population’s food sources also suffered as colonists turned parcels of land into grazing properties for cattle and sheep, causing many tribes to starve.

While some hold up our bushrangers as folk heroes, who stole from the rich to give to the poor, the truth is that most of them were a lonnnnnng way from gaining Robin Hood status. Most were bloodthirsty outlaws, thieves and thugs who killed anyone who stood in their way.

According to Australia.gov.au, our bushranging period spanned nearly 100 years with the first convict bushrangers active from 1790 to the 1860s, through the outlawed bushrangers of the 1860s and 1870s who were able to be shot on sight, to the shooting of the infamous Kelly Gang, led by Ned Kelly, in 1880. 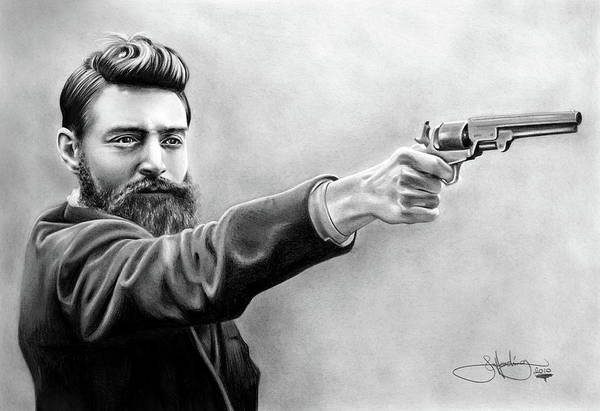 Way back in 1628, a Dutch East India Company ship loaded with gold and silver for trade set sail from the Netherlands to Batavia, now known as Indonesia.

Disaster struck when the ship hit a reef about 40 kilometres off the coast of what would later become known as Western Australia, near the Houtman Abrolhos Islands, in June 1629. Now, you’d think being aboard a sinking ship would be your worst fear, but for those aboard, the nightmare was only just beginning. Of the 341 crew and passengers, 40 drowned while trying to make it to the safety of nearby islands. With no food or water, the ship’s commander Francisco Pelsaert decided to use the ship’s longboat to make it to the Australian mainland in search of supplies, but they found none.

Leaving the other survivors in the care of sailor Jeronimus Cornelisz, Pelsaert and a small crew set off for the nearby city of Batavia, now known as Jakarta. No sooner had the commander set off than Cornelisz decided it was the perfect time to launch a mutiny, a plan he had devised before the ship hit the reef. He planned to start a new settlement, funded by the gold and silver from the wrecked ship. Anyone who opposed him was banished to nearby islands. With the potential troublemakers out of the way, Cornelisz convinced his men to wage a horrendous two-month attack on the remaining survivors, killing them in cold blood one after another. In total, his followers murdered at least 110 men, women, and children.